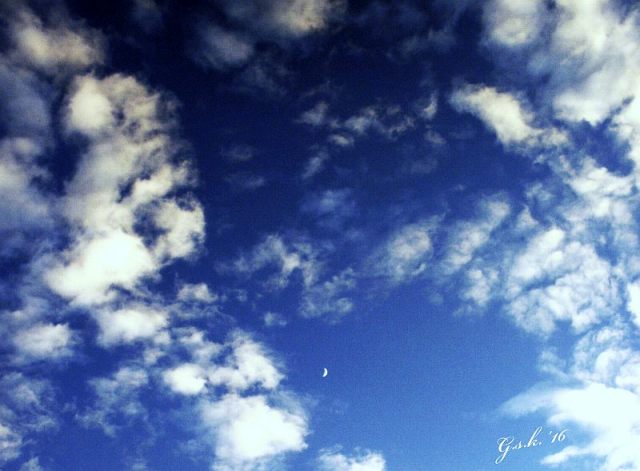 The pain had been terrible … the disorientation worse.  As the maelstrom of the birth-pangs racked her body, her mind drifted into some warm fuzzy greenish place created by the drugs they’d given her.  She’d become almost completely unaware of what was going on around her.  Almost –

What was going on was pure controlled panic.  The baby, had been brought to term, but somehow no one had realized that he was far to big to pass through his mother’s birth canal.  (We’re in 1950, it won’t be until the 1960s when medical science will discover how to stop labour at least temporarily.)  The baby’s head was engaged and there was no way to stop the labour and no way to do a cesarean section.  The doctor knew that a choice had to be made and quickly.  The mother’s life or the baby’s life.  A decision he couldn’t make.

He left the labour room and went to the nearby waiting room where the father was pacing back and forth.  He looked a little grey around the gills.  He’d been waiting now for about four hours.

“I’m sorry Sam, I’ve got some bad news for you.” he began, then explained the problem to Sam Berksmeier, concluding with: “We may not be able to save either of them, but if there’s a chance, who do we choose.”

They fought to save her life, which means they had to end the baby’s life.  His shoulders had to be crushed to remove him from his mother’s body. Meanwhile she drifted in and out of consciousness, aware and yet unaware.

She was rolled into intensive care, still under drugs.    Since she’d came very close to dying and things were still touch and go, some kind nurse had sent for a Catholic priest since on her records it had been written that she was Catholic.  He came into the intensive care unit fully robed, and began to give her the last rites.  She was alone except for the priest,  the drugs had begun to wear off, she opened her eyes.  The green tinted room drifted in and out of focus, she saw the priest hover over her he wanted her confession so that she could leave the world pure.  She logically thought that she was dying and went into hysterics as her husband with the doctor walked into the room.  Sam bustled the priest out of the room none too gently.

“Marsha, everything’s going to be all right.” he told her as he took her into his arms.

A month later though, Marsha was in a full-blown depression.  She felt guilty for the death of their baby.

“Listen Sam,” the doctor said “the best thing would be for Marsha to get pregnant again and give birth to a baby.  That way she’ll know that there is no reason for her to feel guilty.”  A month later Marsha was pregnant again.

Sam,  got his orders for Alaska a few weeks before the baby was due. Being considered a remote post, this meant that he’d have to go off without them for a year, on the other hand it meant more money and a possible promotion.

As Martha’s due date grew near Sam was always with her as he’d gotten a three-week leave from work.  This time all went well. He left a couple of weeks after his baby daughter had been born.  Marsha moved in with her family and they were nearer to her than they’d ever been before.

During Oriana’s first year of life she was surrounded by her grandparent’s, aunt’s and mother’s love.  She was rather precocious, she talked at nine months, never passing through the baby talk stage her proud relatives assured her. She began walking at a year. So that she’d know who her father was, her mother showed her a photograph of him every day and told her stories about him and about her brother who died before she was born.  As her memory awakened she already knew about death and tragedy and that she and her father were her mother’s saviours.

A is for Awakening

I love to read...I like to write...I've travelled the world and seen the sites. I'm past my prime and feel so young, especially when near the young. I'm writing this blog, to remember, to think and to share...with the hopes that someone else will make a comment that will stimulate new thoughts and pathways. Actually, I'm a gabber, so the logical extension of gabbing is blogging! ;-)
View all posts by Georgia →
This entry was posted in Short Story and tagged ABC Blogging Challenge, birth, Death, Dragonwillow Journeys, Life, Memories, reflections. Bookmark the permalink.

"In times of change, learners inherit the earth, while the learned find themselves beautifully equipped to deal with a world that no longer exists" Eric Hoffner

Noreen Crone-Findlay talks about the crafts she loves with her friend, Tottie Tomato. They'll be sharing tutorials, how to's and step by steps for spool knitting, crochet, doll making, small loom weaving, wood working, paper crafts and all manner of other fun crafts. This is a family friendly blog.

Random musings, observations and thoughts from inside a VW camper van.

Written Thoughts are unlocked Treasures of the mind...

Welcome to the Feline World of Nera, Tabby and Fluffy